Laughter is the best medicine, meet pasekaComic from Ga-Ntamaties in ZB. 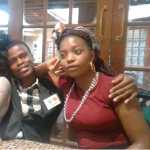 Paseka Boale who is well known as PasekaComic, was born and bred in Ga-Ntamaties in Zebediela. He is a comedian, an actor and an editor. Even though he spends most of his time alone, he still likes being around other people. When he started this journey, it was not easy as he did not have the equipment, cameras and the likes, let alone a phone, he would borrow from friends who as time went on got tired of that, and started avoiding him. On the other hand, he had to hide from those who did not believe in him when taking videos since that would often cause tensions.

“I just found myself doing comedy and I was not even looking forward to be in the industry” said Paseka. To him this whole thing came as a surprise, so it all started when he was in grade 11 in 2017, he just went from class to class making jokes and to his amusement, the other learners really loved his jokes, then in 2018 that was when he ventured into PasekaComic Skits, that’s when he started taking the whole thing very serious.

Since then, comedy has been taking priority in his life in a sense that before he can do anything else, he must first take a comedy video, “I can even cancel a meet up with my crush just so I can take a video” he said. In five years to come Paseka would like to see himself living his best life in the suburbs, travelling around the globe, attending events and hosting his own shows, he just wants to see his hard work pays off.

His role models are Bonang Matheba and Dj Khathu, reason being they are living a life of his dreams. Paseka values loyalty, honesty, respect and love from people surrounding him. He pledges to give people the medication which is laughter as long as they keep on supporting him and showing him some love. He urges all people to chase their passion with all they have and mostly be fearless.

For more information, you can find Paseka on

by katlego makhwiting
editor in chief